"Change in an individual is possible. It only becomes probable if someone comes along and shows them they believe in them"……... Dar Bryant

We are a country obsessed with locking people up, Children are no exception. Even though the juvenile prison population is down to 54,000 nationwide, from 109,000 in the early 2000’s, We still incarcerate more children than any other country in the world. That is not a “First Place” I want to be in. And we wonder why the spike in violent crime committed by our youth, Locking them all up, was suppose to make our streets safer??? The reality is, the opposite has happened.

2.) Prison does not rehabilitate you. Youth or Adult, Period!

3.) Most 1st time offenders are incarcerated for a non-violent crime.

4.) Our current system is supposed to make our communities safe. That is why we have a punitive justice system. And we are only supposed to send people to prison if they are threat to society, right?

Question: Then why are we locking people up that are not a threat to society??

So with those facts in mind, lets look at a scenario:

Johnny is 13 years old, His older brother and one of his buddies talk Johnny into helping them steal a car and go for a joy ride. They get caught, and his brother has drugs in the car as well. Johnnie has never been in trouble before, He never even skipped school, A straight "A"student. The only thing he ever did wrong was look up to his big brother, and always wanted to please him. Now they are in trouble together. They can’t afford an attorney; they live with their single mom who has no job. So they have to sit in jail and await their court date.

As a juvenile they are not entitled to bail. They sit in jail for a year as the wheels of justice slowly turn. Each receives a 10 years sentence. Eligible for parole at half time and with a year in county as back time, they only have 4 years to go. Sent to separate prisons. Johnny is small for his age and is almost immediately victimized. Feeling like he has no choice he joins a gang, not because we wanted to, just a matter of survival . After 4 long years Johnny is released at the age of 18.

Now, what are his chances of staying out of trouble? He has just spent his most of his teens incarcerated, the most formative years of his life, locked up.

How will he make it?? He won’t! Not without help.

There are a lot of versions of RJJ (Restorative Juvenile Justice. Restorative Justice is a “theory of justice that emphasizes repairing the harm caused by criminal behavior).

The DC model includes many of the basic Restorative Justice modules, and additional modules that are unique only to the Dream Center. Thus, enhancing the existing RJJ model.

The current juvenile justice system relies heavily on two opposing extremes. Either costly and harmful incarceration or, a “cut them Loose” policy, where some are punished harshly, and others are set free with little supervision. These approaches have poor outcomes, increased criminal activity, high recidivism, and little victim satisfaction. We are suggesting a more balanced program. While the recidivism rate is 54% for juveniles within the first year, it is 84% within 10 years. Which means most individuals incarcerated as a juvenile, will be re-incarcerated as adult an by the age of 28. 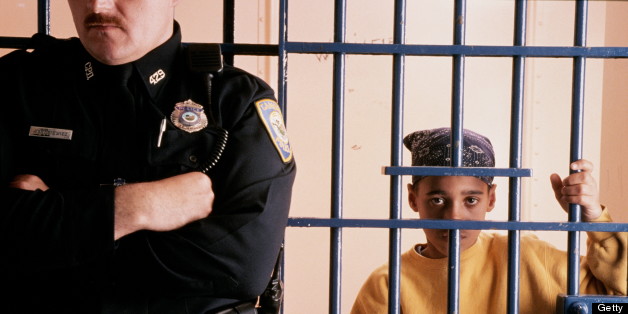 We know that individuals between the ages of 12 and 18 are in their formative years and are very subjectable to suggestion. In other words, they can be re-programmed. Their perspective on life can still be changed from one of poverty, drugs and crime to one of responsibility, accountability, and even prosperity.

The Dream Center Model is not a substitute for incarceration but a supplement. A fair and sensible program that would suggest a lesser period of time incarcerated and a more intense period of supervision with mandatory restorative programming. This would be more beneficial to all that are affected and will produce law bidding citizens rather than career criminals.'

The program we are proposing we believe will produce the following outcomes...

Repayment of material losses to victim.

Visible contribution to the community.

Victim sense of acknowledgment of the harm and some degree of repair.

Community sense of juvenile offender's having made some degree of amends.

Increased juvenile offender awareness of the behavior's impact on other people.

What it will take…

Cooperation : With the county and state, the judicial system, parole officers, family services, probation and like-minded organizations, schools and employers.

The Dream Center Model of RJJ would include:

Unique to the Dream Center Model ..

Life Coach/ Mentorship: Each individual would be assigned a coach and in cooperation with parole or probation, they would have a scheduled meeting 2 to 3 times a week at the offender’s home or predetermined location. An informal meeting designed to build report, to encourage, to mentor and assist them. This could include taking them to classes, a job interview, a doctor’s appointment, etc.

Life skills class : The Dream Center Curriculum would teach an individual how to deal with life on life’s terms. How to get along in the real world. How to fit into society and be a productive citizen. What it means to “Give Back”. How to deal with adjusting to life on the outside after a period of incarceration. How to create a new and safe living environment.

Other restorative programs included in the Dream Center model

In addition to the existing Dream Center services the RJJ program would include,

Financial Restitution to Victims Written or Verbal Apology to Victims

Understanding how that behavior affected other human beings (not just the courts or officials).

Acknowledging that the behavior resulted from a choice that could have been made differently.

Acknowledging to all affected that the behavior was harmful to others.

Taking action to repair the harm where possible.

Making changes necessary to avoid such behavior in the future.

Some examples of existing similar successful programs in other states:

1) Deschutes County, OR: The Community Justice Corps supervises adult and juvenile probationers and parolees who work on a variety of human service and public works projects. Through community service, adults and youth make amends to the community for their offenses while gaining valuable skills. In these projects, youth have worked with volunteer builders and carpenters to help construct a homeless shelter (after raising money for materials) and a domestic abuse crisis center. Offenders provide important long-term benefits to their community, learn about the needs of other citizens (including those victimized by violent abuse), develop skills, and have positive interactions with law-abiding adults. The corps also promotes community safety, because the offender's time during community service is occupied under adult supervision for significant portions of the day and evening.

A judge, using an administrative probation order with the condition that the offender has no further involvement in criminal activity, sentences the offender to the Reparative Probation Program following adjudication of guilt with a suspended sentence. The offender's requirement to complete the program is also a special condition of probation.

3) Travis County Neighborhood Conference Committees; Austin, TX. Neighborhood Conference Committees are community citizen panels that hear youth diversion cases and help families and youth resolve legal issues. Committee members are volunteers who live or work within a community (as defined by ZIP Code). Eligible cases include first-time offenders for residence and nonweapon misdemeanors. The committee holds separate interviews with the youth and his or her parents to gain a better understanding of the family's life and possible causes of the criminal act. The committee determines sanctions appropriate for each offense and each family situation. A contract is created that all participants sign to enable restoration of loss to the neighborhood, restitution to the victim, and reintegration and acceptance of the juvenile into the community after completion of the agreement. Participation in the process is voluntary.

Create offender awareness of the impact that crime has on the victim, the family, and the community.

Buzz Magazines Article on The Dream Center Of Alton and 360 Ministries.

How Did We Get To This Point? By Dar Bryant